That irascible, in the best sense of the word, photo critic A.D. Coleman wrote about Humans of New York and the general on-going decline and ‘disruption’ of the artist and their replacement with a ‘creative entrepreneur’.

He says a more general elaboration of what he is observing is provided by William Deresiewicz in The Atlantic.

‘Hard-working artisan, solitary genius, credentialed professional—the image of the artist has changed radically over the centuries.’

“I’m not sure that artist even makes sense as a term anymore, and I wouldn’t be surprised to see it giving way before the former, with its more generic meaning and its connection to that contemporary holy word, creative.

“When works of art become commodities and nothing else, when every endeavour becomes “creative” and everybody “a creative,” then art sinks back to craft and artists back to artisans. Artisanal pickles, artisanal poems: what’s the difference? So “art” itself may disappear.”

“Precarity applies to a specific subjectivity, the lived experience of ambient insecurity. ”

But the author cautions:

“As the term gets adopted by people like me to talk about the everyday realities people I know are familiar with, its valence tends to shift away from Foxconn employees and stateless migrants toward self-employed Freelancers Union types, depleting its critical edge and making it a #firstworldproblem unlikely to lead to meaningful political organization.”

The “positive” components of precocity — the sense that it provides for the freedom of flexibility, rewards certain kinds of creativity and opportunism, promotes a kind of absolute individualism that can be taken for dignity, and accommodates or even requires a degree of social and geographic mobility — are part of what has allowed for neoliberalism’s implementation. Precocity is another way of describing why many Americans seem to instinctively reject the idea of labor unions even as the decline of unionism has given bosses more power.”

“But rather than spawn “precarious optimism,” social media in this context yield another iteration of neoliberalism economic competition, only now one’s life story (or identity in process) competes for attention among a cacophony of other ones. The precarity-driven identity work is subsumed into an unregulated online labor market. The positive affect that results from successful self-branding sugarcoats the misery of having to market-test an identity in the first place.”

“Precocity creates a self-sustaining ideological energy that hinges on our preoccupation with our individuality, our unique destiny, our special distinctive abilities. Social media provide the institutional infrastructure for that ideological energy, foreclosing on the possibility that the alternative subjectivities can ever thrive.”

In other words, perhaps, precocity just is – neither negative nor positive, but too many of the freelancers taking it on takes the air out of the room for other explanations.

For now, however, I’m thinking to be an artist, usually involves joining at least one strand of the precariat.

And Coleman also links to Danielle Jackson’s article (which gets comment flamed for using creative commons images) ‘Can photographers restore their devastated business?’

Apart from the very specific examples of suffering photographers, the article also contains what is perhaps a useful enumeration of what the creative entrepreneur photographer must do these days:

“A few especially entrepreneurial photographers have hatched schemes to stay afloat in this context: selling prints to collectors, pitching partnerships to NGO’s, developing a rigorous private workshop schedule, shooting video, and adopting social media marketing, but the result is a grinding, unyielding cycle of work.”

(I might argue many jobs are a grinding, unyielding cycle of work, but I get the gist of this being especially true of the job of the ‘creative entrepreneur’.)

Even the entertainment industrial complex experiences something of the dilemma. Disney CEO Robert Iger says:

“It’s one thing to be as fortunate as we are to have Disney, ABC, ESPN, Pixar, Marvel, ‘Star Wars’ and Lucasfilm, but in today’s world, it’s almost not enough to have all that stuff unless you have access to your consumer.

“It’s imperative, though, that we embrace it [technology],” he continued, “not only because of its inevitability and the fact it’s changing so much, but because of where the consumer is today.”

View all posts by pmorgan

This site uses Akismet to reduce spam. Learn how your comment data is processed. 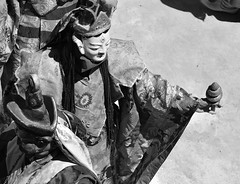 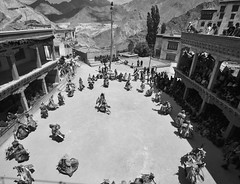 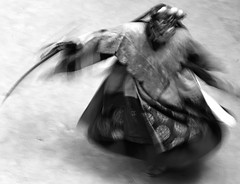 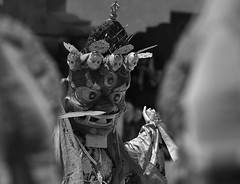 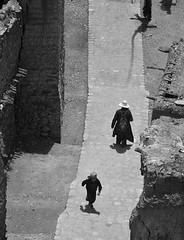